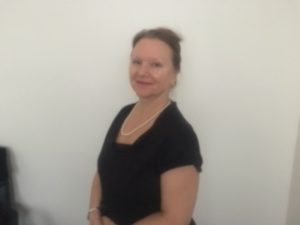 Fresh back from Germany where over one million asylum seekers have sought refuge since 2015, I have to report that, at least in Berlin, where I stayed for one month, I saw maybe 20 people in the streets in traditional Islamic attire who may or may not have been people seeking asylum. While the rest of the world is crunching numbers over refugee intakes, Germany is getting on with housing and educating these people.

Yes, right wing political groups are on the rise; however, in any situation, no matter what social or political topic, one will encounter people who are powerless to control their own minds and whose thinking is dominated by negative emotions: fear, blame, hatred and anger.

Senator Pauline Hanson’s Maiden Speech is an example of free speech expressing these negative emotions. However, I believe the criticism she received for having done so as a Senator may be unwarranted as Parliament is an appropriate forum to openly voice ideas and generate discussion, as long as the speaker is a member of Parliament.

The reason is that we need a forum where representatives of a group of people can voice their ideas because: a) otherwise we will never know what thoughts get lodged in people’s minds and b) by voicing those thoughts, they may be prevented from festering, to use common parlance, ‘better out than in’. If negative ideas stay suppressed and are ‘bottled up’, they may turn destructive, leading to independent and random acts of violence.

That is why negative ideas should be welcomed to be voiced publically but only in an appropriate forum, such as Parliament (or privately, for example, in a supportive therapist’s office).

It is not Senator Hanson’s fault that her thoughts are based on negative emotions because she has little self-awareness. However, if Senator Hanson chooses not to become aware of the nature of her thoughts and does not replace them with real facts then any possible negative decisions she makes that are from these thoughts will become her responsibility.

Senator Hanson’s speech was both, brave and naïve. Brave, for her courage to speak her mind. How many people have the guts to do that? Naïve, for actually believing what she thinks is real. Thoughts that are based on fear, blame, hatred and anger are always negative.

FEAR is an acronym for ‘False Evidence Appearing Real’ and blame, hatred and anger are negative emotions that result in victim consciousness, such as: ‘I am or Australia is being swamped by Muslims’; ‘I have or we will soon have to live under Islamic rule’; ‘I will or we will soon get blown up’. These thoughts are irrational. Germany is not living under Islamic rule. Terrorism or violence is not isolated to Germany.

Irrational thinking could be a sign of mental illness or it may lead to developing a mental illness. This can lead to destructive action against oneself (self harm) or it may be directed towards others. Voters in favour of Senator Pauline Hanson may likewise be in danger of falling victim to their negative thoughts and emotions and any actions that may eventuate from these thought patterns.

On the positive side, there are ways to shift one’s thinking into ‘rational operative mode’. This can be done by:

How can we change the thought: ‘I will or we will soon get blown up by a refugee from Islamic background’? We can do a fact check. A Google search of the CATO Institute, a conservative think tank, will reveal that: “The chance of being murdered in a terrorist attack committed by an asylum-seeker was one in 2.7 billion a year.”
(http://www.cato.org/blog/terrorism-risk-asylum-seekers-refugees-minnesota-new-york-new-jersey-terrorist-attacks).

On the Australian front, no one is denying that the Lindt Street Café siege in Sydney in 2014 was a real and tragic event and the perpetrator was of Islamic faith. Perspective is really important here and it should be remembered that Man Haron Monis was diagnosed with paranoid schizophrenia. He suffered from destructive thought processes that turned into destructive actions; his thoughts were fused to religious overtones but religion was not the cause of his mental illness.

Destructive thought processes are tied to mental illness – they are not tied to Islam! They can also be found in Christianity, as evidenced when a Christian Priest becomes obsessed with raping children. He, too, goes through the same pattern: first comes the thought of sexual desire, accompanied by feelings of superiority then, without intervening therapy, comes the destructive action.

The same pattern occurs in domestic violence that can be perpetrated by a person of any religion or no religion at all. Even in the mind of an agnostic, the thought comes first: “I am not responsible for my anger, my partner is making me angry”: a ‘blaming’ thought is followed by verbal or physical violence, whether or not the perpetrator is of Islamic, Christian or no faith at all. “The thought counts, not the religion.”

Senator Pauline Hanson and her followers have a real chance of evolving if they could be willing to stand back and watch their thoughts. The ‘standing back and observing’ process acts as a circuit breaker. This is step one. It requires training but where there is a will there is a way. Step two of the process presents another challenge: when people want to evolve, they need to let go of their old identify that is keeping them stuck in the same place.

Pauline Hanson carries the same hatred for foreigners today that she carried 20 years ago. The only difference is her focus. Today, she no longer talks about people from Asian background; today her hatred is directed at people from Islamic background: different focus, same identity. That is the reason why her character cannot evolve. Her identity has become her ‘branding’. However, it is no longer serving her – it is keeping her stuck. The only way forward for her character at this stage is a negative spiral further down into hatred.

Nonetheless, her character still has a chance to evolve if she wants to move forward. She would first need to find the courage to give up her identity as a ‘hater’, her current “brand”. If she finds the courage, she has the potential to become a real hero, a real beacon of light, in Parliament, by becoming humble and saying: “I was wrong. I examined my beliefs, I questioned them, I looked at the facts, I have changed my mind, this is now my new vision for Australia…” Sure, she would be “hated” by her followers at first but, over time, she could take them along on her journey of seeing the world differently. It would take enormous courage but I believe she has the potential. She is a courageous woman – only misguided at this point.

My advice to everyone: “Don’t’ blame the religion – blame the thought! Identify it, address it, shift it!” If it is no longer serving you, if it is keeping you stuck in an outdated identity, let the thought go! Let the identity go! Negative thoughts and irrational fears that are allowed to run wild in your mind can potentially destroy you, your family, your relationships, your career, in fact, anyone who you come into contact with will be affected. Before it does, if you are suffering from unhappiness, from anxiety or negative and stressful thoughts, seek help. Why blame others? Why blame refugees? Why blame Islam? Why not work on how we think? We all need to grow. To grow in character and contribute to humanity is a basic human need that brings happiness and fulfillment: (https://www.tonyrobbins.com).