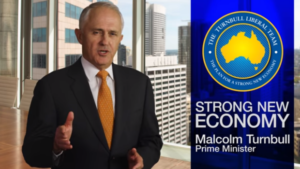 Labor and the Coalition will permit turn-backs and tow-backs of unauthorised maritime arrivals.

The Labor opposition, however, plans to provide a greater focus on a more humane and compassionate approach to asylum seekers.

Contrary to both, the Greens plan to stop offshore processing in its entirety.

The Coalition’s position on refugees remains the same as the past few years (since the last election), which centred on the idea of ‘stopping the boats’ and ‘protecting our borders’.

This policy was successfully pushed in the lead-up to the last election and sought to capitalise on the strong views in the community on such an emotional issue (even where the amount of so called ‘illegal’ immigration is dwarfed in comparison to the number of economic migrants received by Australia each year).

The Coalition continue to press on with the secretive policy of boat turn-backs and offshore detention, which has come under intense scrutiny from the UN, including the United Nations High Commissioner for Refugees.

The places offered go to refugees from around the world in an attempt to discourage people arriving by boat.

The Coalition’s determined pursuit of ‘stopping the boats’ has been both detrimental to those already in detention offshore or within Australia and has damaged Australia’s reputation on the international stage, particularly due to Australia’s repeated violation of treaties signed and customary international law.

The various articles published regularly in this newsletter are just the tip of the iceberg in terms of long term impacts such a harsh and restrictive refugee policy has had on Australian political discourse and society more broadly.