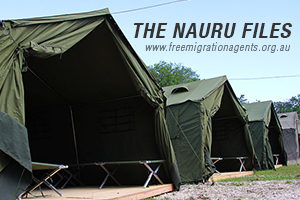 On August 7, the Guardian Australia released over 2,000 incident reports from the detention centre in Nauru. Many of these reports, which span from May 2013 to October 2015, show incidences of sexual assault, self harm, and abuse. Perhaps most alarming is that 1,086 of these reports relate to children. A link to the database can be found here (please note this may be distressing for some readers): http://www.theguardian.com/australia-news/ng-interactive/2016/aug/10/the-nauru-files-the-lives-of-asylum-seekers-in-detention-detailed-in-a-unique-database-interactive

For the refugee advocacy community, the allegations in these reports are highly concerning, but not surprising. However, it is the first time that such a large number of incidents has been published. It is also significant that these are incident reports and not simply anecdotal.

Now that the incident reports are out in the public domain, there are two possible outcomes. The first is that the government will become even more secretive. Since the release of the information, the Federal government has strongly defended current refugee policies, including offshore processing. When asked in an interview on Sky News whether there was public support for offshore detention, the Minister for Human Services, Alan Tudge, said, “I still think there is public support for our strong border protection regime, which as you know consists of three parts: turning back the boats when it’s safe to do so, offshore detention, and temporary protection visas.”

Former Immigration Minister Scott Morrison maintained that the reports were simply allegations and did not constitute proof of mistreatment. The Guardian website also stresses that “many of the incident reports reflect unconfirmed allegations or uncorroborated statements and claims – they are not statements of proven fact.” The issue, however, is that the government refuses to investigate these claims, so they will remain ‘unconfirmed’ or ‘uncorroborated’ indefinitely.

The Guardian has also made it clear that senior members of the government, including Malcolm Turnbull, Peter Dutton, and George Brandis, were aware of the allegations involving children in Nauru. Despite this, these reports have not been investigated, and nothing has been done to prevent further abuse.

Another potential outcome is that this will be the turning point, in which the wall of secrecy surrounding offshore processing will begin to crumble. We saw a swift response from the government when footage of the inhumane treatment of children in detention in the Northern Territory came to light. With similar allegations of child rights abuses in Nauru, another quick response would be appropriate.

When asked about refugee policy at a community forum in Springwood on the 13th of August, Bill Shorten, leader of the opposition, said, “I’m optimistic [that] if we form government, we will head towards the outcomes you seek.” This was a precursor to the announcement the following day that Labor and the Greens were proposing a Senate inquiry into offshore processing. If they are successful, this could be the much needed push to end detention on Nauru.