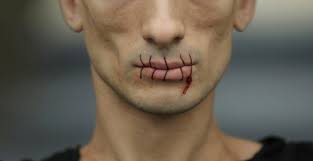 The Manus Island protest, which began on Friday 9th January, saw asylum seekers go on hunger-strike to protest the poor living conditions in detention as well as the threat of being released into the Papua New Guinean (PNG) community.

It ended ten days later, on Sunday the 18th January with the arrest of 58 detainees.

The protest initially began in Mike compound with at least 50 men refusing to eat. Over the following days, detainees in the other compounds Delta, Foxtrot and Oscar joined in refusing water and food, with as many as two-thirds of the asylum seekers, or 700 men joining a mass hunger strike.

In addition, 14 men stitched their lips together, 2 swallowed razor blades and four drank detergent in protest.

The Guardian reported that more than 200 detainees received medical treatment as a result of the protest, mostly due to severe hydration. International Health and Medical Services (IHMS) staff had to convert the detention centre staff mess hall into an emergency medical centre to deal with the number of detainees needing assistance.

To compound matters, during the protest running water became unavailable at the centre, with both staff and detainees having to clean themselves with bottled water. Additionally, security guards at the detention centre went on strike after going unpaid.

Finally, after more than a week of unrest, the protest was quashed by the mobile police, the Australian-funded squad at the centre of last year’s deadly riots which saw Reza Barati, a 23-year-old Iranian asylum seeker killed.

The Minister for Immigration praised the PNG authorities for taking away the alleged ringleaders of the protest and “professionally” ending the standoff.

The detainees who were arrested for their involvement in the protests were forcibly removed from the detention centre and until their refugee statuses are determined, they could be held in jail without charge. The National newspaper in PNG reported that four detainees were taken to the infamous “Chauka” solitary imprisonment unit while others would be held in Lorengau prison (Manus Island) and Bomana prison (Port Moresby).

In response, refugee advocates lodged a speedy petition to the UN special rapporteurs on human rights, urging intervention and for the matter to be raised with the Australian government.

Since the Manus Island protest, 15 Iranian detainees at Darwin’s Wickham Point detention centre have begun a hunger-strike, similarly protesting against their detention and their appalling living conditions.