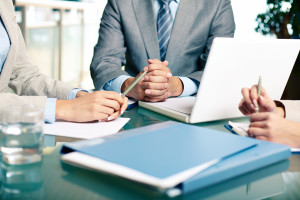 A warm welcome to this month’s issue and thank you again for your positive feedback.

June is a significant month in AFFMA’s calendar as it commemorates the World and Australia’s Refugee Week held from Sunday 14th to Saturday 20th of June. Refugee Week raises awareness about the issues affecting refugees and celebrate the positive contributions they make to our society.

The United Nation’s recent release of some alarming statistics raises the issue whether or not we are doing enough to help these vulnerable people or whether we had become accustomed and unconcerned with their situation.

As of January 2015, there were almost 60 Million displaced people around the world (twice the population of Australia), half of whom were children. These figures, according to Antonio Gutrerres UN High Commissioner for Refugees, represent an increase of 16% from last year and a whopping 60% in relation to Ten years ago, the highest number in  post WW II era!

The reasons for most displacements are international conflicts, civil wars and persecutions. Furthermore, a newly UN released document shows that in the past 12 months, almost 4.4 Million displaced people came from Syria, 2.5 Million from Afghanistan and 1.1 Million from Somalia.

However, When it came to resettling refugees, the U.S. admitted 73,000 asylum seekers, followed by Canada admitting 12,300 refugees. Australia was last, admitting 11,600 only. This is admittedly something for us all to think about and reflect upon.

Nonetheless, I take this opportunity as well to thank all the volunteers and board members, past and present, for their commitments and dedication to AFFMA. For those who have had examinations, I hope you have done well.

Also, a warm reminder that AFFMA will be holding a raffle soon. If you can kindly consider assisting us in selling a booklet of 50 or 100 tickets, we will greatly appreciate it! Further details about this event can be found below.