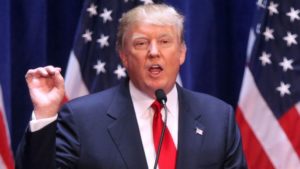 The outcome of the US election on 08 November 2016 provoked shock and anger throughout the world. The prospect of a Trump presidency could not be more troubling for refugees and advocacy groups.

Given the rhetoric used throughout his campaign, it seems likely that Trump will decrease refugee intakes, particularly from Muslim countries. A candidate for Trump’s cabinet has reportedly been photographed holding a proposal to ban all Syrian refugees from entering the country. There are already 4.8 million Syrian refugees and 6 million internally displaced Syrians in need of humanitarian assistance. This plan would eliminate the possibility of the US resettling any of these people. The document also outlines a plan to create a Muslim registry, similar to the Bush administration’s National Security Entry-Exit Registration System (NSEERS). As president, Trump will be responsible for determining the ceiling for refugee admissions. In 2016, that ceiling was 85,000 people, and 46% of refugees admitted to the US were Muslims. Trump’s attitudes towards Muslims suggest that the ceiling will be significantly lower under his administration.

On 13 November, a deal was announced whereby a number of refugees living in Australian offshore detention centres would be resettled in the United States. With Trump as president, it is questionable whether he and the rest of the GOP would allow these refugees to come to the United States. However, if the refugees are sent to the US before Trump takes office in January 2017, it may be difficult for him to remove them.

If Trump’s election campaign is any indication, his presidency will have a disastrous effect on refugees. The only saving grace could be his unpredictability. Trump has already backtracked on many of his promises and beliefs; with any luck, he will change his mind about immigration as well.