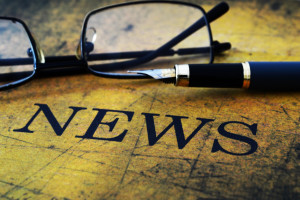 The growing concerns over the living conditions faced by asylum seekers inside Manus Island and Nauru have brought Australia under the further scrutiny of the international community at the recent United Nations Conference held in November.

Over a hundred nations including North Korea, Rwanda and Iran called on the Australian government to end its arbitrary detention of refugees, to seek alternatives to mandatory detention and to address its human rights record regarding the treatment of refugees.

The nations also called on the government to develop alternatives to mandatory detention and ratify the Optional Protocol to the Convention against Torture and Other Cruel, Inhuman or Degrading Treatment or Punishment (OPCAT) which would strengthen international laws and monitoring over offshore processing.

Despite the pressure of the international community and internally from various human rights and refugee advocate groups, the Pacific Solution and Border Force Act remained intact, with Immigration Minister Peter Dutton stating that the government was proud of its success at preventing drownings at sea.

This combination of government regulations and foreign policy has worked to constrict the information available to the public, limiting the amount of independent studies and completely blocking media access.

A dual study, this is still breaking people conducted by Amnesty International in 2014 focused on the degrading standard of living they observed throughout Manus.

One of the main concerns highlighted was overcrowding, with as many as forty detainees confined to a single dormitory, leaving a lack of privacy, activity space and physical stressors to health throughout the compound; the use of security guards to monitor seriously mentally ill detainees with the absence of trained professional assistance and counselling, and inadequate and unhygienic plumbing, shower and dormitory facilities with insufficient supplies leaving asylum seekers with a devalued standard of cleanliness and sanitation.

The main recommendations of the study called to ensure humane conditions of detention be immediately addressed, sighting the alleviation of overcrowding, improvement of housing conditions to meet climate requirements and minimum standards, and the transfer of psychiatric patients to treatment within Australia, as a major priority for the Australian government.