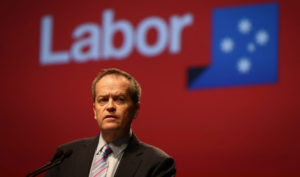 More focused on the values followed by UNHCR

Labor’s approach centres on a commitment to the values es by the United Nations High Commissioner for Refugees (UNHCR).

This response is based on a compassionate approach – with increasing funding and working closely with South East Asia.

The Labor opposition plans to reinstate references to the United Nations Convention relating to the Status of Refugees (also known as the 1951 Refugee Convention) back into the Migration Act 1958 (Cth) with the intention to align Australia with its international obligations regarding refugees and asylum seekers. Further, one size does not fit all in terms of refugee and asylum seekers and with greater regional cooperation Labor aims to ensure building a steady framework to improve conditions, situations and consequences in relation to asylum seekers.

This type of reform would lead to advocating work rights for asylum seekers. Labor plans to increase Australia’s humanitarian intake to 27,000 entrants per year by 2025.

The focal concern of the Labor opposition going forward is the protection of refugee and asylum seeker children, particularly with the aim of ensuring children are kept out of detention.

However, it should be noted that when the Labor opposition was in power – children were still in immigration detention facilities.

The conditions of detention need to be further rectified and aligned to international obligations. Detention of those in dire need is not an adequate solution.

The Labor opposition represents objectively fairer outcomes for refugees and asylum seekers, conversely in practice is what we really need to implement.

Due to the politicisation of the asylum seeker issue, Labor’s hand was somewhat forced regarding boat turn backs and offshore processing.

Many Labor faithfuls would have been disappointed with the decision to return to offshore processing and the Pacific Solution plans. Labor’s position could be seen by some as more compassionate than the Liberal/National position, however, it still falls short of the Greens position in terms of enforcement of Australia’s international obligations and the focus on tackling the various humanitarian crises engulfing our region and the world at large.