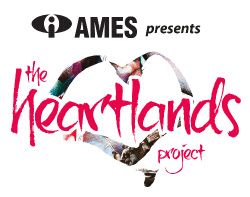 On Thursday 4 June, photographers launched a photo exhibition in Melbourne highlighting the stories and successes of refugee communities in Australia called the ‘Heartlands Project’.

Over the past 70 years, the Adult Migrant English Program has funded photographers to document the lives of migrants and refugees and the contributions they have made to the Australian nation.

Award winning photographer Barat Ali Batoor knows the struggles that migrants face, having to have fled Kabul, Afghanistan in 2013, when his life became under threat.

Barat published a photo essay ‘The Dancing Boys of Afghanistan’ that exposed Afghan children being exploited as sex slaves for wealthy Afghans and as a result received death threats.

Barat photographed the Burmese Karen people who have breathed new life into the small Victorian farming community of Nhill. The Karen people moved into the community and acquired jobs that created a healthy job sector and increased the economic growth of Nhill.

More than 100 refugees have found a home in the farming town, including Plawtapoe Ganemy-Kunoo who states,

The exhibition is showing in four locations across Melbourne until 31 September.

Those contributing to the exhibition hopes it also highlights the plight of more then 60 million people who are currently displaced around the world.