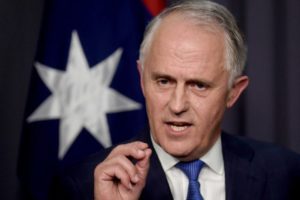 Prime Minister Malcom Turnbull stated that the refugee resettlement deal between Australia and the US is a “one-off agreement and it will not be repeated.” There is no word on the number of refugees being moved to the US, but the arrangement seeks to prioritise the “most vulnerable” families on Nauru.

The US resettlement offer will be made to people being held in offshore detention centres, including those who are currently in Australia for medical treatment, but not to refugees and asylum seekers who have accepted offers to be resettled elsewhere. Those who do not accept the US resettlement deal will have the option of obtaining a 20-year visa to Nauru or returning to their countries of origin.

Immigration Minister Peter Dutton said the government would still rely heavily on Nauru for border protection purposes. He further asserted this deal would send a “very clear message to all people that you will not step foot on Australian soil.” The measure has gained bipartisan support, with Opposition Leader Bill Shorten saying Labor welcomed the US resettlement deal.

Refugee advocacy groups are pleased with the deal, but say more details are needed concerning timeframes and the exact number of refugees to be resettled. Of growing concern is whether President-elect Donald Trump will honour the deal, which was negotiated by the Obama administration.